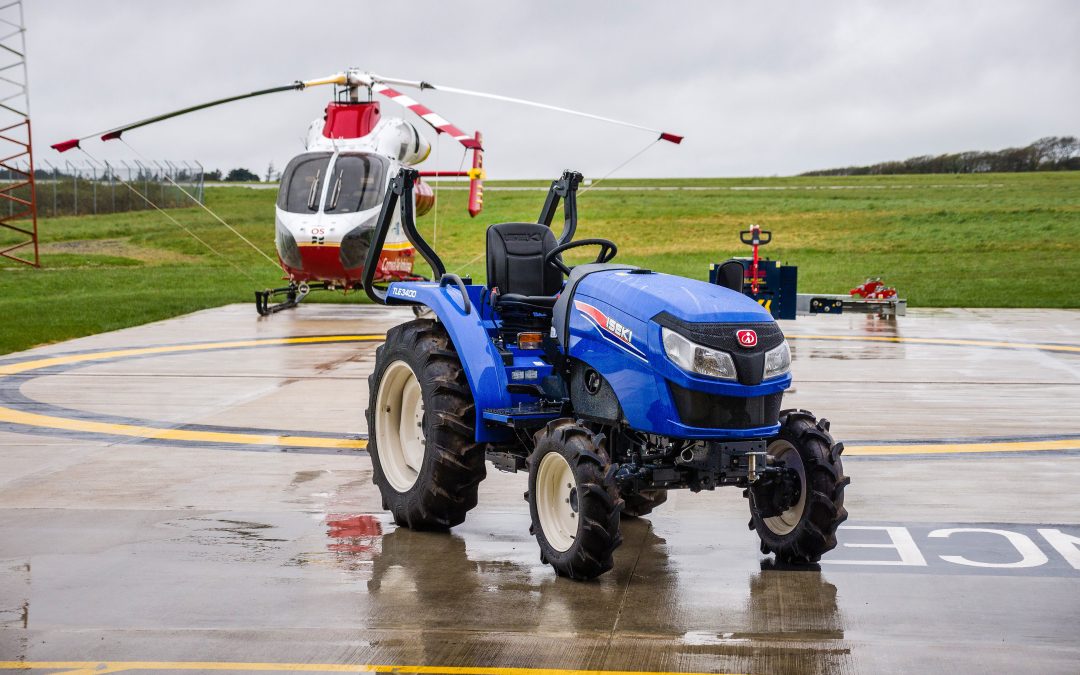 Nigel Rafferty Groundcare to the rescue

Nigel Rafferty Groundcare of Redruth, Cornwall were more than happy to loan one of their Iseki demonstration tractors at short notice to the Cornwall Air Ambulance for the launch of the Charity’s £2.5m New Heli Appeal on Tuesday 24 April.

The tractor was used to tow and position the next generation AW169 helicopter flown in especially for the launch between the helipad and the hanger.

Nigel Rafferty says, “We are very pleased to have been asked to help with the launch of this appeal – even in this small way. We were in no doubt that our Iseki TL3400 tractor would cope well with towing the new helicopter to and from the hanger to the helipad.”

Cornwall Air Ambulance are now embarking on a two-year fundraising campaign, the New Heli Appeal, to urgently raise £2.5m to bring this next generation air ambulance helicopter to Cornwall by April 2020, the date the lease runs out on its current aircraft. To donate visit Cornwall Air Ambulance